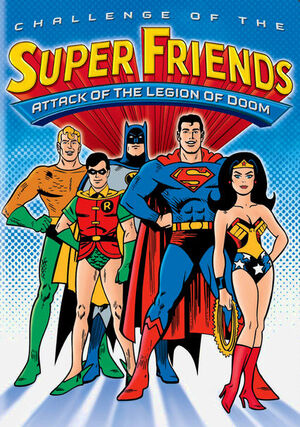 Reaction sees Dr. Octavius finally become the dreaded Doc Ock – I admit that I’ve always loved seeing the serialised storytelling in animation and The Spectacular Spider-Man does it just as well as the 90’s Spider-Man, X-Men and the later Justice League Unlimited cartoons have done. While it’s still a little too early to tell whether or not Spectacular will go down as one of the all time great superhero cartoons, it’s certainly well on it’s way there.

In a rare occurrence for a superhero cartoons, it’s actually started ridiculously strong – I came in fully expecting this show to be pretty average and then get better later on, just as Kids WB’s X-Men: Evolution and The Batman did. It’s a credit to the show’s writing team that they’ve managed to tell such a captivating storyline which feels like classic Spider-Man but also very new and fresh at the same time in such a small amount of episodes. Seeing how well they’ve captured Spider-Man here further cements just how badly the majority of the characters comic book writers have screwed up over the past couple of years.

Onto the episode itself – I’m sad to say it’s not as impressive as some of the other episodes. It’s probably the weakest of the season so far but again, it’s a strongly written episode. Doc Ock isn’t quite as well portrayed as I’d have liked here. After an incredible outing at the movies a few years ago I admit to hoping to see something similar. Having him be the one to create a series of supervillains is a bold, ingenious move on the creative team’s part but the design doesn’t do much for me and Peter Macnicnaol is miscast as Doc Ock in my opinion – he’s a little too over the top and overbearing in the role, especially as I thought this was a character that needed to be done subtly. He was great in the transformation sequence but I was hoping for a little more restraint in his transformation to a psychopath, I wasn’t personally looking for someone to chew the scenery. Again, not to compare them too much, but I thought they should’ve gone down the Molina route for this one – a psycho Doc Ock wasn’t really called for in my opinion, something a little bit more… quietly sinister would’ve been preferred. However, the visuals didn’t disappoint – the fights between Spidey and Otto’s arms were once again top-notch stuff, right up there with the fight with The Lizard as one of the show’s best. This show doesn’t do sucky smackdowns, whether Spidey is fighting supervillains or common crooks.

A new, interesting idea that the show offers is Doc Ock’s power supply – I can’t recall ever seeing that in any of the previous animated adaptations or the movie. It seems like a feasible way for Spidey to defeat a villain who is much stronger than him and, well, it’s logical. Another classic idea updated in a modern refreshing way.

Overall, despite featuring a weaker villain than I would’ve liked, Reaction is still a very strong episode, with good characterisation on Norman’s part, and some interesting developments between Peter’s and the various ladies on Midtown High.

And this Green Goblin mystery is really starting to get good :Everyone Kids to Adults