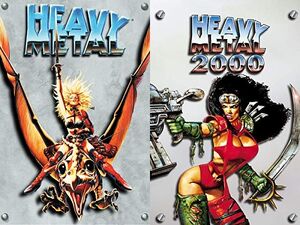 My first impressions of �Fury� comes from the opening scene. While, this is one of the better examples of the series� action scenes, I was left slightly bewildered at how Batman was able to take down almost every member of the Injustice Gang. Having had to watch this episode before �Injustice for All� is most definitely the cause, as we learn in that episode that Batman was quite capable of this feat. While, there is no actual link between the two episodes, there are some rather obvious references to �Injustice for All� and obviously as I just stated, some of �Fury� would have been a bit more believable and understandable, had the episodes aired in order. Regardless, there is little harm and the fact does no damage to the plot of this episode.

Aresia, a rogue Amazon, has decided that all the men of the world need to be wiped off the planet and so she assembles some of the members of Luthor�s Gang to accomplish this. From years of studying, unbeknownst to her Amazon sisters, she gathered enough knowledge to create a virus that would affect only men � and she plans to unleash it upon the entire planet. What makes Aresia such a great villain for this episode is the interaction between her and Diana. Which is both good and bad, as Aresia�s development and history somewhat overshadows Wonder Woman, whom this episode is showcasing. Aresia�s history, fleshed out in two poignant flashbacks told by Hippolyta, gives us a background that some of the Leaguers are lacking in. We learn about how she came to Themiscyra, became an Amazon and, subsequently, how she twisted the lessons taught to her into her diabolical plot. Hawkgirl sums it up perfectly.

Wonder Woman: �Even when she was a child, I sensed a bitterness within her. She was never really one of us.�

Hawkgirl: �I think she fits in pretty well.�

Wonder Woman: �How can you say that?�

Hawkgirl: �Aresia is just taking your precious Amazon code to its logical extension.�

Hawkgirl: �Except when it comes to men.�

Which at the time seems to be right over Diana�s head, but in some ways, even she has shown how Amazonian teachings can lead to misconceptions. The pairing of Hawkgirl and WW, while obviously essential, as all the men are incapacitated due to Aresia�s virus, is priceless. The two share very little in common when it comes to their fighting styles and their beliefs � leading to some very memorable dialogue.

Hawkgirl: �Who wants to live in a world without men.�

Wonder Woman: �They can�t possibly be that essential.�

Hawkgirl: �Don�t knock it, till you�ve tried it, princess.�

Of note is the fact that either Diana does not have a secret identity yet � or she is very willing to walk around as Wonder Woman all the time, as evidenced when she walks around in Bergdurf�s. Aside from learning about how Diana feels about the male population, we also get a glimpse at how shortsighted and stubborn she can be. For instance, when talking with Batman, she holds true to the fact that Amazons �never leave the island,� while obviously she did just that. Batman, for his part, fittingly gives her a look.

The animation in this episode is very inconsistent, wavering between some very nice moments, to some extremely poor ones. For instance, Batman�s initial fight with the Injustice Gang is extremely fluid and well-paced. Some nice points are Tsukuri swinging her sword at Batman and slicing off part of his cape. Also, if you watch very closely, you can even catch him relieving Aresia of her necklace � something I didn�t notice on my first viewing of this episode until the close-up of him dropping it after Aresia leaves. On the other side, some animation goofs that I noticed centered around the highlights on characters. Generally, a highlight, or the shine of on an object � such as Batman�s cape � should not move with a character�s movement, as it�s a reflection of light it should remain somewhat stationary. Throughout this episode, though highlights move as if they are the coloring of a person�s clothing. We have some wonderful fire and smoke animation, but then we get some interesting interpretations of how water comes out of a hose � and here again is evidence of some very choppy movements of characters, specifically the firefighters.

Continuity is done very well in this episode. As mentioned, there are a few references that tie this episode in with �Injustice for All.� This episode also fits in with �Secret Origins� very well, with the unspoken reference to Diana leaving Themiscyra. Also some linkage to �Paradise Lost,� specifically for Hawkgirl, who was absent from that episode. Being the only female other than Wonder Woman on the League, Batman sends her to Themiscyra. The Amazons, who think she is the thief that stole their gold, while in fact it was Aresia, promptly attack her. As she has never been to the island, it�s fitting that none of the Amazons should recognize her as a friend of Diana�s, until she fills them in.

Star Sapphire�s double double-cross is also a nice touch. One that even I was surprised at. One is at first led to believe she really does believe Aresia�s gone off the deep, as evidenced by her shocked look when Aresia explains her plan and later when she helps Hawkgirl and WW. Then suddenly she�s admitting it was a deception to lure them to Aresia so she can try once again to persuade her Amazon sister to help her rid the world of men. Although, I get the feeling, when Star Sapphire talking to Aresia on the aircraft, that she doesn�t fully understand the ramifications of Aresia�s virus until right then.

Star Sapphire: �I can say goodbye to some very unpleasant men I�ve known over the years.�

Aresia: �You can say good-bye to all of them.�

As evidenced, the dialogue in this episode is what truly shines. Hawkgirl especially has some very nice dialogue here � of note is her one-sided conversation with Batman about the trauma of losing one�s parents. Hippolyta as well has some very nice dialogue, voice-acted by Susan Sullivan. Olivia D�abo using her British accent for Star Sapphire is also a treat. For a character that is not British, it suits her perfectly and D�abo herself is just a wonderful actress to listen to

Probably the biggest letdown with this episode is the absolute ignoring of who Tsukuri is. Granted, we learn a lot about Aresia and Diana is fleshed out a bit more. But other than her name and the fact that she�s a phenomenal fighter with a sword, we don�t know anything about her. Another fact that seems to boggle my mind is Aresia hiring Grundy, Shade and Copperhead. If she had planned to kill them, why did she hire them? There services did not seem as essential as one would think. Either Aresia ignores their abilities as the episode progresses, or she pretty much is able to handle their tasks with her own abilities.

The great anticipation for this episode is quite possibly its biggest downfall. All the hype that surrounded it could not possibly have been met, but still one of the more enjoyable episodes of the first season :Everyone 10+