Dr. Seuss' The Cat in the Hat

Dr. Seuss' The Cat in the Hat
Edit This Page 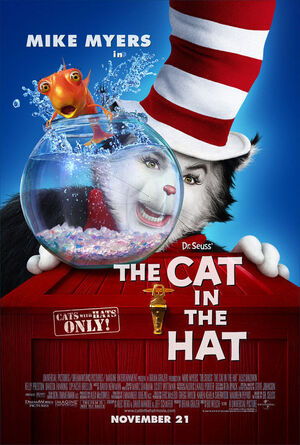 Conrad and Sally Walden (Spencer Breslin and Dakota Fanning) are home alone with their pet fish. It is raining outside, and there is nothing to do. Until The Cat in the Hat ('Mike Myers' ) walks in the front door. He introduces them to their imagination, and at first it's all fun and games, until things get out of hand, and The Cat must go, go, go, before their parents get back

If there was one thing practically everyone was waiting for from the start of STAS, this would be it � the teaming up of Batman and Superman. While originally this was broadcast as a three-part miniseries of episodes, �World�s Finest� would later be released onto video and DVD as The Batman/Superman Movie: World�s Finest, which to date is the only way I�ve ever viewed it. In fact, this was my very first foray into the world of STAS, which I did with much trepidation having only a marginal amount of prior exposure to Superman via Superfriends and the live-action films.

The plot � Joker acquires some Kryptonite and makes a deal with Luthor to kill Superman � seems almost Superfriends inspired in its simplistic nature but works well for what is basically a launch pad for a team up between Batman and Superman. However, unlike their 70s/80s counterparts, these two are not the best of friends, instead they all but loathe each other and constantly butt heads throughout the entire arc. It might sound trivial and juvenile, and that�s because it is, but it makes for some stellar dialogue and character exploration, especially when Lois is thrown into the mix as well, adding a very interesting love triangle (love hexagon?). Not to mention in the meantime Luthor, Joker, Mercy and Harley are also being thrust upon one another.

The dialogue and voice acting were an incredible treat. Conroy and Daly play well off one another and practically every utterance was pure gold. Delaney also has some of my most favorite Lois lines and MOTP fans will no doubt delight in having a small reunion of sorts, I�m sure. I personally found their interaction together in this movie vastly more interesting and humorous � especially after Lois discovers who�s beneath the cowl! Brown and Hamill also have some wonderful exchanges and Joker has some of his most memorable quotes. Edelstein and Sorken also had some terrific dialogue, even if at times Harley did sound a tiny bit off, it was never enough to disappoint or distract.

The animation, however, was a bit weird at times. Many characters went from wonderful to terribly off-model. Though, all in all, the Batman characters made a very nice transition into the more colorful world of Superman. Fight sequences were very well done and looked pretty smooth, if at times a bit rubbery. Still, it�s always nice to have a story revolve around robots because they inevitably get very battered, broken and beaten. I couldn�t help but laugh at how easily and often Mercy was taken out, though. If I were Luthor, I�d think about hiring a new bodyguard. I also noticed a fair helping of reused animation � especially the very obvious marble grenades. But even at its worst, the animation didn�t distract from the movie enough to bother me that much. And there were a lot of very small, subtle moments I really loved, like quick glances of characters� reactions, such as Clark fighting the green-eyed monster of jealousy.

Without a doubt the greatest strength of the entire movie comes in the form of the moments between Clark and Bruce, whether in costume or not. The two have a great deal in common, but it�s their many differences that make for the very entertaining friction between the two. Adding to the conflict, of course, is Lois who immediately falls for Bruce and even discovers he�s Batman. Not surprisingly, this creates an incredibly jealous Clark. Speaking of discovering secret identities, I personally was very amused with the ease the two heroes discovered one another�s. I also really enjoyed the more subtle moments of animosity between the two, but one can�t deny that it was a treat to see Batman and Superman working as a true team against Joker, Luthor and an army of robots. And while perhaps not as interesting to the raving fans, the other pairings were also incredibly interesting to watch. Though, the scene-stealer award has to go to the Mercy and Harley catfight or possibly the Batman cookie, it�s hard for me to decide.

Because of the smaller more character-driven and fan-loved moments, rather than an ambitious or epic story, this episode is certainly worthy of its title and a welcome start to several more team ups :PG – Parental Guidance Suggested 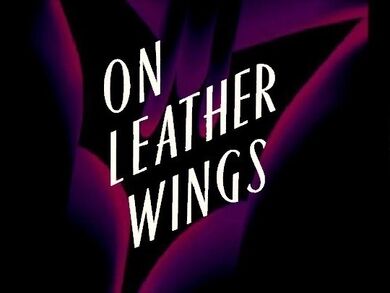 Batman Terry McGinnis On Leather Wings
Batman, Superman and Wonder Woman will lead the DC Super Heroes against their most infamous foes. Feature version of the first arc of the TV series '"The Spectacular Spider-Man' (2008)'. An animated television show that focuses on a 16-year-old Peter Parker and the origins of Spider-Man 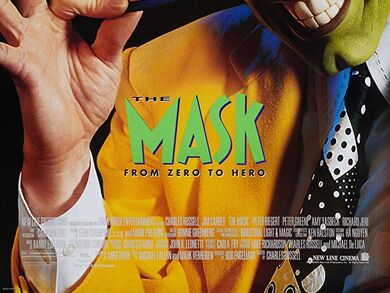 Jim Carrey Is The Mask From Zero To Hero
Stanley Ipkiss (Jim Carrey) is a bank clerk that is an incredibly nice man. Unfortunately, he is too nice for his own good and is a pushover when it comes to confrontations. After one of the worst days of his life, he finds a mask that depicts Loki, the Norse night god of mischief. Now, when he puts it on, he becomes his inner, self: a cartoon romantic wild man. However, a small time crime boss, Dorian Tyrel (Peter Greene), comes across this character dubbed “The Mask” by the media. After Ipkiss 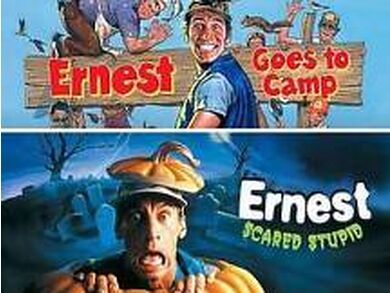 Jim Varney As Ernest P. Worrell
A global criminal empire known simply as Crime seeks to become the most powerful mafia organization in the world. Interpol organizes a special taskforce to spearhead the efforts to bring Crime to justice. Based in New York, ISSIS (International Science Special Investigation Squad) begins to organize its forces around the world to battle Crime. ISSIS Commander Kujirai assembled the young test subjects to undergo operations to enhance them bionically that would transform them into superhuman cybor 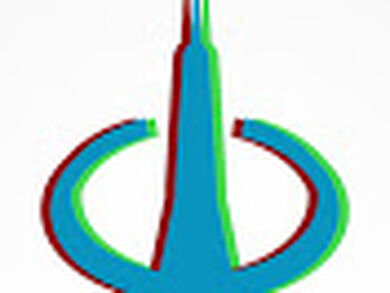 midnight starlight
Sixth Super Sentai. Centuries ago, the android Peebo and the Bio Robot came to earth from the fallen Bio Star. The Bio Robot showered five people with Bio Particles, which would be passed on to later generations. In the present time, Doctorman and his Shin Teikoku (New Empire) Gear threaten the world. Peebo must find the descendants of the original five to form the Chodenshi (Super Electron) Bioman. Unique to this show is the fact that there are five recurrent monsters of the week. Whereas in ot 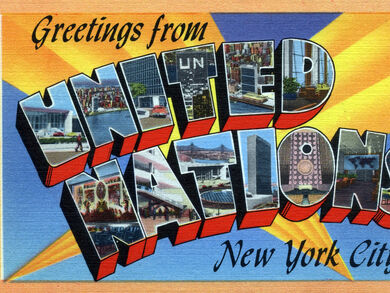 New York City
https://en.wikipedia.org/wiki/Headquarters_of_the_United_Nations I'm in the small camp that was underwhelmed by the "Uncertainty Principle."That's not to say the episode wasn't well done. The writing and acting were solid, and the animation, great. (This has easily been the best looking Spidey cartoon.) This wasn't a bad episode.However, I did not dig the Green Goblin reveal, and because "Uncertainty Principle" centers around the revelation of who the Goblin is, it hampers the entire episode.For 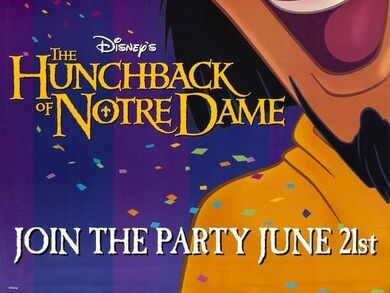 Paul Kandel As Clopin Trouillefou The Ink 'N' Paint Club Who Framed Roger Rabbit
Toon star Roger is worried that his wife Jessica is playing pattycake with someone else, so the studio hires detective Eddie Valiant to snoop on her. But the stakes are quickly raised when Marvin Acme is found dead and Roger is the prime suspect. Groundbreaking interaction between the live and animated characters, and lots of references to classic animationIn 15th century Paris, Clopin the puppeteer tells the story of Quasimodo, the misshapen gentle-souled bell ringer of Notre Dame, who was near 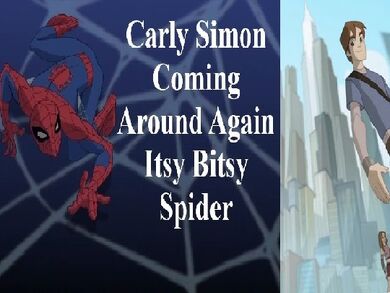 The Tender Box The Spectacular Spider-Man Animated Series Carly Simon Coming Around Again Itsy Bitsy Spider
Based on Marvel Comics’ superhero character, this is a story of Peter Parker who is a nerdy high-schooler. He was orphaned as a child, bullied by jocks, and can’t confess his crush for his stunning neighborhood girl Mary Jane Watson. To say his life is “miserable” is an understatement. But one day while on an excursion to a laboratory a runaway radioactive spider bites him… and his life changes in a way no one could have imagined. Peter acquires a muscle-bound physique, clear vision, ability to