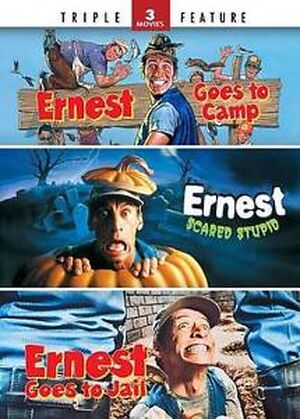 A global criminal empire known simply as Crime seeks to become the most powerful mafia organization in the world. Interpol organizes a special taskforce to spearhead the efforts to bring Crime to justice. Based in New York, ISSIS (International Science Special Investigation Squad) begins to organize its forces around the world to battle Crime. ISSIS Commander Kujirai assembled the young test subjects to undergo operations to enhance them bionically that would transform them into superhuman cyborgs. Together, the Jack, Ace, King, and Queen formed JAKQ, pronounced 'Jacka'. They are later aided by a super bionic cyborg officer and master of disguise Banba Soukichi who fights as the Big One to strengthen their number and step up their attack on Crime. This was initially a much darker series than the humorous Gorangers, with story lines addressing issues such as drug use, though in a juvenile manner. However, the dark approach failed to appeal to children, and starting with episode 23, a much lighter approach was attempted with the introduction of the comedic characters such as Big One and Hime Tamasaburou. This new effort failed and the show ended in 35 episodes As the first sentai series, it is longest running series in the franchise. When world peace is threatened by the appearance of the Black Cross, an international secret society of evil. United Nations sets up a 'EAGLE' (Earth Guard League) to combat the threat. Designated as 'Blocks', this special army is distributed throughout the World. Japan has one of the largest of these 'Blocks'. The Black Cross Army decides to launch a surprise attack against the Japanese EAGLE Block due to their fear of the united threat. The Black Cross sends five of its most dangerous cyborg operatives to attack Japan's various EAGLE branches. The Golden Mask to the Eagle Kanto Base, Warrior Mask to the Tohoku Base, Bronze Mask to Kyushu Base, Jade Mask to Hokkaido Base, and Poison Gas Mask to Osaka Base. Across Japan the Black Cross Army diminish its targets, killing all those who opposed them. Yet from the ashes of these destroyed bases, the five young survivors of these attacks vowed vengeance and using the special interlocking "key", the various survivors are summoned to snackshop 'Gon', secret gateway to EAGLE Japan's main command center in Tokyo by Commander Edogawa Kenpachi. They were reorganized to form the Secret Task Force Goranger, armed with Goranger Suits that gave them superhuman abilities. Armed with these form fitted suits and other special weapons created by EAGLE scientists, they avenged their fallen comrades by defeating Black Cross' operatives and the others that followed.