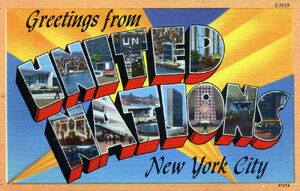 I'm in the small camp that was underwhelmed by the "Uncertainty Principle."

That's not to say the episode wasn't well done. The writing and acting were solid, and the animation, great. (This has easily been the best looking Spidey cartoon.) This wasn't a bad episode.

However, I did not dig the Green Goblin reveal, and because "Uncertainty Principle" centers around the revelation of who the Goblin is, it hampers the entire episode.

For the first time after watching an episode of Spectacular Spider-Man, I felt let down. Now, that's not completely the fault of the show. Previous episodes and the acumen of the creators have me expecting a lot.

One of the unfortunate results of quality output, which Spec Spidey has had, is higher expectations. Were this most other shows, I'd be satisfied, but I guess I expected more than a clear cut, "Hey, it's Harry doing violent stuff while he's blacked out."

Weisman is very good at twists and surprises. He fit a litany of backstabs and shocks into Season 2 of WITCH and Gargoyles was a master study in ambigous, shifting alliances. With that to his credit, this episode seemed... too straightforward. (I almost typed simple but that's the wrong word.) Neither Norman or Harry neatly work at face value as the goblin for reasons listed by previous posters.

Now, it's possible that Weisman has a bonus reveal planned--Norman and a Norman-manipulated Harry were platooning. That would be a wicked twist others have suggested. There could also be a third party involved, but that might muddy some already swampy waters.

This episode may look better in hindsight, depending on where this route takes Harry, Norman and Peter. But, for now, I feel un-wowed, and after a string of not just good but great episodes, it's a tad disappointing.

But not to be a complete downer, I bring you Arsenal's list of Things that were totally freakin' awesome:

1. How cool is Tombstone? No, seriously. This show might very well do for Tombstone what JLU did for The Question. Take a marginalized, bit character and give him some recognition.

2. Points to the creative team for MJ, Liz and Gwen. They are a triptych of very different girls who have different relationships with Peter. Some cartoons have a bad habit of making cookie-cutter supporting characters. Not this show, and they've done an especially good job with the girls.

The proof of this is in the pudding. I have a 7-year-old sister who doesn't watch the show for Spider-Man. She just likes Gwen and MJ. If female characters were always given this much respect in comic book properties, there'd be more women reading comics (and no need for sites like Women in Refrigerators.)

3. The Halloween costumes--The creators used the costumes to insert a little humor and tell us something about the characters. They also managed to harken back a couple episodes to Flash's lost bet. Points awarded.

4. Harry's freakout on Gwen. His later freakout with Norman and Peter lacked the chutzpah to convince me he was a credible Green Goblin, but his one with Gwen was great. That's what a teenage 'roid addict might sound like, probably my favorite Harry scene thus far.