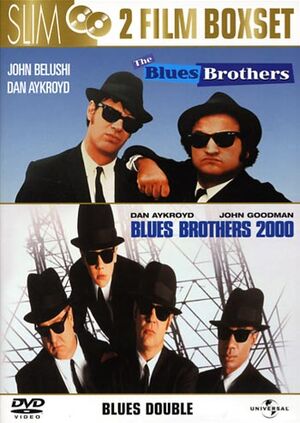 The first appearance of The Amazing Spider-Man in animated format, Spider-Man premiered in 1967 with the original 20 installments produced by Grantray-Lawrence before their bankruptcy forced Krantz Films and Raph Bakshi completing the remaining episodes, which aired until 1970.

Known for it's incredibly hammy stories, cheesy voices and cheap budget, Spider-Man is most famous for it's entrance theme, arguably the most famous opening theme in animation.

Spider-Man is available on DVD by Buena Vista Home Entertainment, as well as on select streaming and legal download outlets.

Amazing...memorable...superb. Those are just a few words that could describe "Out of the Past". I'll get right down to the story; The episode opens with a corny Batman stage production which I heard was meant to mock plans for a real-life Bats musical. Bruce is disgusted and walks out in the middle leaving Terry. Within the Batcave, Bruce reminisces over pictures of Zanna, Selina Kyle, and Barbara Gordon. A voice comes from behind, and Bruce finds Talia, the daughter of Ra's Al Ghul. The Lazarus Pits have kept her young as ever, as Terry walks in and sees. We learn that Talia assisted Bruce in a final battle against her father decades ago and now runs a corporation cleaning up the mess he made.

She offers Bruce a trip to the Lazarus Pits to give Bruce a chance to make up the time he lost. Bruce backs away from that, but we can see his wishful thinking. When the old Batman runs into thugs one night and is unable to get a bystander to safety, his mind is made up. Bruce accepts the offer to use the Pits. "No way I'm wearing the Robin suit", Terry says, but Talia assures him that Bruce will not don the suit once more. Believe it or not, Wayne takes the plunge and the story goes off from there.

Without giving away the rest of this story, which chronicles the return of Ra's Al Ghul as well as Bruce's youth, I can say that it is indeed a treat to see our favorite Batman in fighting condition again. In one scene where a massive opponent pounds Terry, Bruce leaps into the fray and completely takes the man down. The side-by-side fight scenes are full of action and very enjoyable.

What detracts from this episode? The whole Lazarus Pits deal is a bit of a stretch for the semi-realistic Batman world, but it always has been. I'll excuse that one. However, the background art in some cases lacks detail, as well as the people. Not many episodes are being made this season, so I'd like to see a real boost in individual production over season 2.

There's plenty to like about this episode, being the only villain besides Freeze who could logically remain a threat in BB, the Ra's Al Ghul issue is well addressed here. I felt this was a somewhat sad but appropriate closer to Bruce's long conflict with Ra's. We also learn at what level Bruce truly holds Talia ; at one point Terry asks "Was she THE special woman?" Bruce doesn't reply, but we soon find out the answer to that.

Do yourself a favor and catch this one if you missed it. If you did see it, you'll hopefully understand why I'm recommending it :rated T Teen