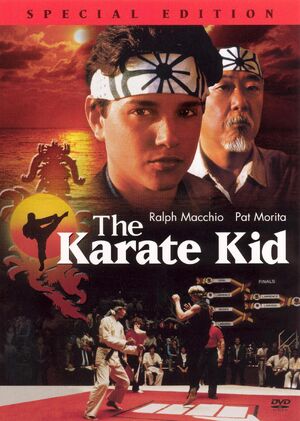 A secret agency combines a newly discovered substance called Morph-X with animal DNA to create the Power Rangers Beast Morphers team. The Rangers must fight off an evil sentient computer virus bent on taking over the source of all Ranger power, the Morphin Grid itself. Devon Daniels sneaks into the Grid Battleforce headquarters. Having entered, he gets mistaken for an employee and sent to the Morphing Lab, where he witnesses the virus Evox corrupting the system. He gets caught and tries to warn Commander Shaw and system creator Nate Silva of the virus but gets detained instead. His holding cell's door breaks down once Evox takes over the system and he finds himself in the line of fire. He saves Ravi Shaw from getting turned into an avatar and helps him and laundry girl Zoey Reeves fight off the evil avatars. Evil avatars were made of two cadets that were to be Rangers, Roxy and Blaze. The real Roxy and Blaze were put in a coma. Once the avatars are destroyed, the two will presumably wake up.

Nate was later captured by Evox's Crew to finish the cybergate and body for Evox. Nate decided to repair a broken Wristcom to summon the Striker Morpher to foil Scrozzle's plan. Then he shot two transporters which send Evox back to the cyber dimension. While in use, he used two Ranger DNA capsules to become a Ranger himself, luckily he succeeded by becoming Best Morphers Gold, while Steel's body became whole and functional which carried Nate's DNA to become Beast Morphers Silver.