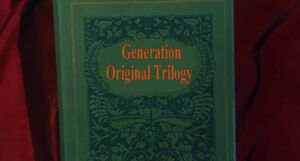 This show has absolutely no shame � it doesn�t try to hide the fact that it may be one of the cheesiest shows you�ll ever see. Nope, Spider-Man And His Amazing Friends practically screams it at the top of its voice. This is what Spider-Man And His Amazing Friends is all about, superheroes fighting supervillians and having as much fun as possible. One can doubt that most of these heroes would turn up to a party without knowing who the host is, but to be honest, I really didn�t care � I got to see Captain America animated once again!

To be fair however, Cap and Namor did so little that they were probably only here because 7 Little Superheroes sounds better than 5 Little Superheroes. Namor did provide one of the show�s biggest laughs; however with his outstandingly cheesy cry of �Alcohol!� after he jumped into the pool of it. I laughed so long I had to stop the episode, I couldn�t keep watching with a straight face. Until his recent revamp in Ultimate Fantastic Four, I considered this to be Namor�s finest hour. That�s either incredibly sad, or a true testament to how funny this scene was.

The Chameleon was a very weird villain. It�s not as flat out disturbing as his previous appearance in the solo 80�s show were he disguised himself as Uncle Ben in an attempt to get Aunt May to kill Spider-Man but a poetry reciting supervillian wasn�t exactly what I was expecting to see with this villain. I think he works better as a mercenary rather than a lead villain and his voice actor seemed to have great fun hamming it up as much as he possibly could, whereas I prefer a colder version of the shape shifter. His green on green design didn�t exactly look threatening either. Not a bad attempt at a villain, but still a little on the cheesy side.

Now we come to the real bane on the series � Ms. Lions. She�d appeared in most episodes at this point but only really came across as a mild annoyance in the show, but here she just gets annoying. Spider-Man�s line of �You forgot about the 8th little superhero!� simply had me cringing. I know the networks insisted on having the character appear on the show, but what in the name of Ron Burgundy was the need for that last line?

Don�t let an irritating comic dog fool you � if you can stomach the show, you�ll probably remember this as one of your favourite episodes.