Jim Carrey Is The Mask From Zero To Hero 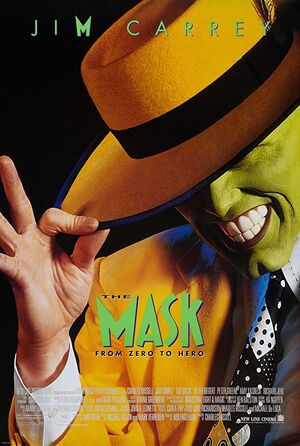 Stanley Ipkiss (Jim Carrey) is a bank clerk that is an incredibly nice man. Unfortunately, he is too nice for his own good and is a pushover when it comes to confrontations. After one of the worst days of his life, he finds a mask that depicts Loki, the Norse night god of mischief. Now, when he puts it on, he becomes his inner, self: a cartoon romantic wild man. However, a small time crime boss, Dorian Tyrel (Peter Greene), comes across this character dubbed “The Mask” by the media. After Ipkiss’s alter ego indirectly kills his friend in crime, Tyrel now wants this green-faced goon destroyed.

A young boy whose dreams transcend reality is sucked into his own fantasy, which is everything he has dreamed of until he unleashes a century old secret that may not only destroy this perfect dream world but reality itself.

Travel Around The World

I'll admit that I was skeptical about this episode like many others when I first saw it's name. Unlike the short but meaningful titles of those before, this one just didn't flow. Plus it sounded like a pretty corny premise, so I cringed at the thought of reviewing this. But thankfully the only thing ridiculous about this episode is its name.

The opening sequence was...amazing! We see Terry in the middle of an intense training session, facing off against robotic replicas of the Riddler, Two-Face, and Killer Croc. Bruce's voice rings in the background, giving the younger fighter advice on how to deal with these situations. It was cool to see Terry in a 20th century Gotham facing off against classic Batman foes, even if it was only a simulation. However, Terry seems to be hitting to kill here...some of those tactics he uses are quite lethal, such as knocking a live grenade back to the Riddler, and kicking the head off of Croc.

The story centers around a boy at school named Howard Groote. He's a geeky overweight fellow, but seems to want attention. He's hosting a party this weekend, and invites popular kids like Nelson, Chelsea, and Blade. Naturally they turn him down, but he can't seem to get that. Fortunately, Terry and Dana willingly accept Howard's offer and attempt to remind him that popular kids aren't necessarily good friends.

Terry gives Howard a ride home, but stops by at a local factory to pick up some synthoids (highly advanced robots). While Terry is preoccupied with paperwork, Howard discovers a shady employee designing a robot for a customer...except this one looks just like a woman, and a good looking one at that. The man is willing to offer his services illegally, and Howard jumps at the chance to get a hot girl devoted to him, even if she's fake.

As a result, Howard's popularity rises dramatically at school. Now everybody wants to come to his big party. Nelson Nash tries and fails to get a date with "Syn-thia", as Howard names her.

Nelson makes an insulting comment about her, and she gets quite angry. Later, as Nelson enters the locker room after sports practice, Synthia uses her artificial strength to push over a row of lockers, crushing the jock underneath. The hockey pads save his life, but he's badly injured. The next day as the students discuss Nelson's injury, Synthia's lack of sympathy cause Terry and Max to become suspicious. Terry and Max notice a set of handprints on the lockers in the boy's room, but they lack fingerprints.

From here on, several more incidents cause Terry to conclude that Synthia is a robot. His investigation leads him to the illicit employee and an interesting battle takes place there. Meanwhile at Howard's party, the relationship is falling apart. Synthia's getting far too possesive, but she can't see the problem with that, since she was programmed to be totally dedicated to Howard. A major battle ensues and his house is trashed before the synthoid finally goes down.

I felt that this episode was in the middle of the pack. Nothing particularly deep or important, although it was quite funny in some circumstances, like Max in the boy's locker room. The ep also explores popularity issues, although way too many episodes have been about some kind of teen problem. That trend needs to stop in my opinion. But right now, I suppose we could use a lighthearted break from the dark revenge-laden stories like "Babel :G – General Audiences