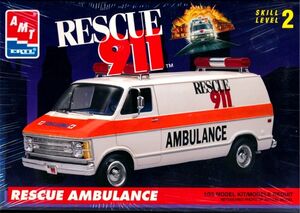 This episode gets major bonus points simply because Mysterio is in it. Some of the Spider-Man writers (and video game developers) have attempted to turn The Master Of Illusion into something of a joke over the years, but here, like The Shocker, the crew did a great job of making Mysterio a cut above his comic book counterpart. Mysterio has always translated well to animation, and this version was quite clearly the best.

An above average episode for season 4, this episode was certainly an odd one, filled with a lot of twists. A lot of it came as a surprise, especially the stuff with MJ�s Dad. It had a great little mystery going too, just why was Mysterio helping Spider-Man? As I said above, I always liked Mysterio. I think he has a great gimmick, a very cool design and a brilliant voice they really nailed him here. The fact he died in at the end of the episode is a bit of a shocker. I believe this is the only time the show outright killed someone other than the MJ clone and his Uncle Ben. Everyone else was sucked into another dimension or brought back. Mysterio died in the comics, but it was nothing like this. He was even replaced in The Insidious Six, with The Vulture.

I like that he was given genuine motivation this time other than simply killing Spider-Man. I thought they could�ve played it up a little more, sure, maybe wasted less time with MJ and stop playing the damn flashbacks!

The ending came as bit of a surprise too. I think this should�ve been a little bigger than it actually was (again, flashbacks are a waste of time!) I�d love to see something along the lines of Ultimate Spider-Man #13 animated, and this episode would�ve been the prime place to do it. I think the MTV unmasking to MJ did a slightly better job than this show. I don�t say that too often, because, the quality of the writing in this show is far above that of the newer show, but the MTV version gave it more time, and it had a lasting effect on the viewer.

And the follow up to that episode didn�t completely suck.

So basically, Mysterio is awesome. All you really need to know!