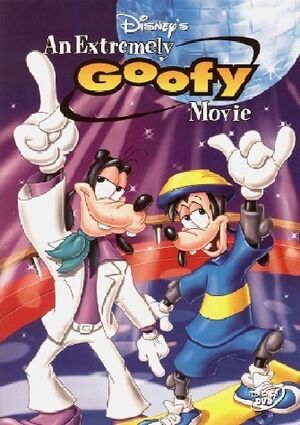 Evolution is filled to the lip with dysfunctional parent-child relations. There�s Mystique, Rogue, and Kurt; Magneto, Wanda, and Pietro; Tabitha and her father; and now we add Xavier and his fractured son.

Legion was one of the few comic villains that X-Men: TAS didn�t tackle. I cannot assume the motivation there, but the character is tricky. He must be brilliant, powerful, pitiful, and as loony as Wanda before she disassembled everything.

It makes sense to introduce Xavier�s adolescent son in a television show where most of the X-Men are pubescent, but it doesn�t make sense to give the episode no real conclusion. Lucas absconds and remains a non-factor for the rest of the series. After Legion is merged and flies away, we don�t see Gabrielle�s reaction. We barely see Xavier�s, and through out the series Lucas is never mentioned again.

Why is Xavier not searching for his son on Cerebro? Why does Xavier never mention his son again? Well, the obvious answer is time constraints. The creative team did not have time to finish Lucas/David/Ian�s storyline. They bit off more than they could chew. They introduced another supermutant that they undoubtedly had plans for; but it went nowhere, making this episode a disappointment.

It should be noted that there are shades of Proteus in this episode. The episode is conspicuously staged in Scotland, home of the MacTaggerts; and Ian mimics Kevin�s innocence. Also, both are ludicrously powerful mutants estranged from their fathers.

On a bright note, the Kurt and Kitty stuff� funny. �At school, in the park, at a funeral��