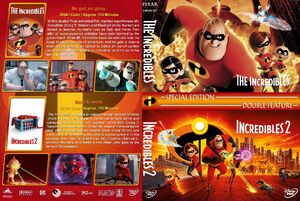 Christmas specials can be awkward fare in an action cartoon. How do you capture the season's festive spirit in a show which is centered on fights, fast quips, spandex and glorious explosions? The best way--if Justice League's entry is anything to go by--is to throw all such preconceptions out of the window and offer something entirely different.

Defying action cartoon convention, "Comfort and Joy" is a gentle, character-based affair. There is certainly little of the standard explosions and fast moving action, but there is a fair amount of the aforementioned fast quips and superhero spandex. The episode manages to capture the communal atmosphere of Christmas in a heart-warming manner without becoming sugar-coated and overly sentimental.

There is no real plot here. We follow several of the League�s extravocational exploits at Christmas time. Hawkgirl and Green Lantern go off world, the Flash goes Christmas gift hunting and, best of all, Superman takes J�onn back to Smallville.

Those viewers, who have complained about the lack of character background in Justice League will surely enjoy the Smallville scenes. The Kents are perfect characters for a Christmas special, being both gentle and honest characters. Their attempts to make J�onn feel comfortable in a season which offers him so little joy is enchanting. Furthermore, it is great to see Superman as Clark once more. I found J�onn�s comments on the striking difference he found between Clark and Superman rather interesting. It showed just how separate the team�s individual life styles are kept from the League, while at the same time offering an explanation as to why we so little of their secret identities on the show.

Flash�s hunt for the perfect Christmas present for the Central City Orphanage is another touching tale offering gentle humor and festive spirit. It seems that even the fastest man alive finds it a superhuman feat to locate �DJ Rubber Ducky,� the most wanted Christmas item in the world, before Christmas comes. I�m sure that�s an element most parents watching the show will empathize with. His run in with Ultra Humanite offers some very witty dialogue and a fine resolution to the Flash�s Christmas tale.

Hawkgirl and Green Lanterns exploits are perhaps the least entertaining and offer the most action. Their segment starts well with a light scene of John and Hawkgirl playing on a snowy planet, and it was fun to see these two Leaguers conversing in a personal rather than serious mode. Unfortunately, things go downhill rather quickly as they go off world to suffer a rather average bar room brawl which feels slightly out of place in this episode. Despite the alien action, there is some nice chemistry forming between these two characters. There is nothing wrong per se with their story, but it doesn�t compare to the other two plotlines.

The individual segments interweave fluidly and the pacing is nicely handled. The story is about people and interaction: Nothing massive happens, no damsels in distress, and, most importantly, no cheap Christmas gags. This is an intelligent and well handled episode which I found both emotional and entertaining -- something I�m unused to seeing in Christmas specials.

Technically, I found the animation above average and the score was gentle and unobtrusive. All in all, this is an excellent episode of a caliber that was missing last season but is rapidly becoming expected of this one.

My only question is: Just what is Batman doing in the Watchtower? And where is Wonder Woman? I think I�ll duck my head down and let the fan speculation run off on its own :Rating Pending