The Lion King
Edit This Page 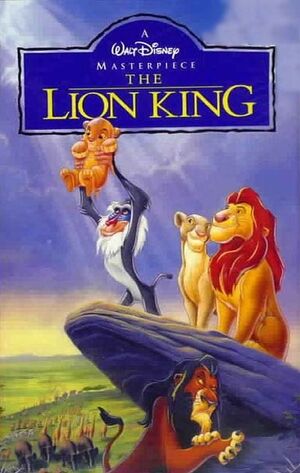 This movie originally aired as a three part episode on Kids'WB!, and the video does a good job on dividing this movie into three different "acts", as it were. You can plainly see where one episode ended and the other began, but it still plays out like a good movie. So here we go, a nice synopsis of the movie...

Jor-El`s tests confirm Krypton is doomed to explode, but the ruling council disbelieves him, because the Brainiac computer - built to study and monitor Krypton - disagrees. Jor-El finds Brainiac has lied so that it will have time to save itself by transferring itself and its` repository of kryptonian knowledge into a sattelite, instead of being ordered by the council to help the people. At Brainiac`s orders, Jor-El is pursued by police. Jor-El makes it back to his home, where his father-in-law, Sul-Van, now believes him. Jor-El and his wife Lara prepare their son, Kal-El, to escape Krypton in a rocket, while Lara`s father decoys the police. Brainiac leaves Krypton. Jor-El and Lara watch Kal-El`s ship leave just before Krypton explodes.

And that basically ends the first act of this finely done animated movie, so far. The voice acting in part one is superb, especially Tony Jay as Jor-el's disapproving stepfather. Speaking of Jor-El, Christopher MacDonald is the perfect voice for this guy. The cast director strikes another hit with perfect voice actors. And onto the next part....

The ship takes Kal-El, and some meteoric remains of Krypton, through a space warp to Earth`s solar system. The ship lands and is found by Jonathan and Martha Kent. Martha insists they keep the small child. That child grows up in Smallville as Clark Kent. In high school, Clark tells his friend Lana Lang that he is worried about how he is developing strange powers. Lana sees Clark rescue people from a truck accident without being harmed. Clark`s parents show him the rocket he came in and a small device. The device has a message from Jor-El and Lara which tells Clark he is not human. Initially confused, Clark accepts his birthright and continues discovering his powers. Several years later in Metropolis, Clark gets a job at the Daily Planet. Lois Lane finds her story about dockside gun smuggling has been replaced by a story about a mysterious blue angel that saved a girl's life. Superman makes a public appearance at a Lexcorp Laboratory when a prototype battle suit is stolen, and saves Lois. He pursues the men who stole the battle suit, but is diverted by having to save a plane downed by a missile.

This is where the movie kicks into high gear. The double dealing Lex is introduced, as well as the perfectly portrayed Lois Lane. Dana Delany does a great job as Lois. I honestly can't imagine someone else doing her voice. The teen Clark Kent, voiced by Jason Marsden, has some great action in a very tense gas station accident scene. Watching it the first time through, you honestly won't be able to predict the outcome of the family. The entire scene is beautifully animated, especially the first time we see Clark Kent running at his super-speed.

I love how the revelation of his origin scene blends into the introduction of Metropolis and the mention of the 'guardian angel'. The scene where Clark is upset because he believes himself to be a 'freak' is done great. Jason Marsden goes all out on that scene, truly proving he can act.

At the Daily Planet, Lois dubs the new hero Superman. After talking with his parents, Clark as Superman gives Lois Lane a short interview to explain himself to the public. Clark meets Luthor and suggests Luthor can profit from the battlesuit`s theft, then later shows Lois photos that link Luthor to the country of Kaznia. At dockside, Lois gets a tip from Bibbo about a Kaznian ship, and onboard meets John Corben. Corben kidnaps her when she spots the stolen suit.

This is where the finale kicks into high gear. Lex is slime, and the future Metallo is about to kill Lois Lane all because she's the nosy reporter we love her for. Talk about unfair, huh? The animation in the "third act" continues to blow me away. The animation has been getting steadily better as the movie continued. Tim Daly is doing a great job on Superman. His sorta bland voice is just perfect. While his voice isn't as vocal as Kevin Conroy's (Batman), he doesn't have to be. He's a meek country boy, and his voice job shows just that.

Tipped off by a photo from Jimmy Olsen, Clark as Superman saves Lois at the last moment and begins fighting Corben, who uses the suit. Ultimately the suit is destroyed and Corben captured. Later, Superman appears to Luthor who admits allowing the suit to be stolen, and Superman vows to keep watching him. Meanwhile, in space Brainiac is retrieved by aliens. Brainiac kills the aliens, and takes over their ship.

The finale of this movie is done beautifully. The fight scene between Superman and the suit is beautifully animated. The confrontation tension between Lex and Superman is does great as well. Clancy Brown does a great gruff voice of Lex, which can make even the simplest of words sound scary as hell. Overall, this is a great movie to watch. The animation improves as the story movies along. Some great teen angst stuff, as well as some beautifully animated fight scenes and rescue attempts