Flags Of The World

Flags Of The World
Edit This Page 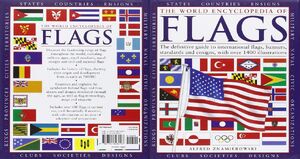 My first reaction to “Competition”: No freakin’ way, that’s bit character Glory Grant. How thorough is the Spectacular Spider-Man’s geek cred? They’ve worked in everyone from Kong to Glory Grant and we’re only five episodes in. More importantly, these characters are not shoehorned. The creative team is able to use these supporting characters without shoehorning them in uncomfortably.

But as to the episode itself, chalk it up as another win. The plot is wholly predictable from the first three minutes. Peter uses Spider powers to be more popular, throws away said popularity for Harry’s benefit. Oh, and he fights Sandman.

While the plot has no real twists or turns to speak of, Spec Spidey more than compensates with nuance. Every character in that high school—and there are a lot of them—has a different relationship with Peter. Even better, the interactions are all firmly based in previous characterization and past events. (Spec Spidey has done a great job of making serialization work for it.)

When Gwen gives Peter an ice cream cone, the audience understands the importance of the gesture. It’s consolation, reconciliation and even a scoop of flirtiness all in one cone. Likewise, when Harry leaves Peter to hang out with his “cool” friends, fans can recognize that as the beginning of a schism that might take Harry down a bad path.

It’s subtle storytelling, and Spec Spidey moves at a glacial pace, so it may be several weeks before either plot line comes to fruition; but the creators of the show aren’t afraid to put things on a slow boil.

For example, our villain, Sandman—the creators introduced Flint Marko in the first episode. He was a loser henchman (like in the comics). He reappeared a couple times, got webbed and caught. Just when I was wondering if they were ever going to turn him into Sandman—boom!—a doctor with six arms pops up with a villain-makin’ machine. (Also, Octavius’s introduction, nice touch.)

Sandman is a tricky villain to write if only because he’s so powerful, there are only so many ways in which you can defeat him. In the comics, there are two standby ways to stop him, water and concrete. (To say nothing of, say, vacuum cleaner.) The creative team went with concrete. Once again, predictable, but it didn’t affect my enjoyment of the show.

Spec Spidey is an interesting show, and with 26 guaranteed episodes, it’s not afraid to leave some plates spinning for later. It’s enjoyable, and gets its titular character right. But, eventually, there will be a time when we want some more unexpected twists and turns from Spidey.