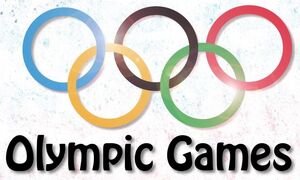 The beginning of LITTLE GIRL LOST was brilliantly arranged. Not only did Superman's narration help us understand where he was going and what he was doing there, but it was done in a way that showed us he was not talking to himself, but into a journal in his ship. This was a miniscule detail to be sure, but still satisfying. The little narration also helped to break up the otherwise dead silence (lack of dialogue, in any case,) through the first several minutes of the episode, as he was in space and then landing, and searching, the planet Argo. The quietness, however, IS nice for a change. So many episodes of this series would have been much better if they had ever shut up for as long as Superman shut up in this episode, keeping nicely within my theories that "Less is more," and "If you don't have anything of use to say, just shut up."

The planet Argo itself is a homage in two ways. Not only was Argo a city on Krypton in the comic continuity, but the physical appearance of Argo was that of the appearance of Krypton from the Christopher Reeve Superman movies. The same icy surface with the crevaces cut deep into the surface. Very sublte, but not altogether overlooked, homage that true fans of the character should have picked up on right away and smirked at.

Kala In-Ze is the image that explains to Superman the story of Argo and how it came to be a frozen tundra and how its inhabitants died, and she tells the story beautifully�Carolyn Seymour (whoever she is,) was great. The origin itself is also very satisfying to me, personally. In the comics, I despise the notion that Supergirl once came from Krypton (Superman should be the absolute last survivor of the planet,) and I'm also iffy about the whole Earth Angel Supergirl that Peter David had been writing, but I found Kara coming from Krypton's sister planet to be altogether believable in all aspect as far as the mythos of Superman go. It would stand to reason that the people of Argo would similarly flourish under the yellow sun of Earth as Kryptonians do. There were certainly no complaints from this Supergirl fan on that matter. Of course she'd be super-strong and able to fly when she got to Earth.

And flying is what Kara seemed to do best. The first scene of her on Earth, flying with the birds and all over the Kent farm was nothing short of beautifully choreographed. S:TAS has not made flying look as appealing since LAST SON OF KRYPTON II, and this episode surpasses even that. The "camera work" was incredible for the series; it was great seeing the "camera" follow her all around in the air, twisting and turning along with her movements. That scene, more than any other scene ever, makes me want to fly.

Clark and Kara had instant chemistry: Clark clearly the protective older brother figure and Kara obviously the free-spirited kid sister. They didn't have to use very carefully-written dialogue to show their roles in their relationship�Tim Daly and Nicholle Tom, (Clark and Kara respectively, and possibly two of the most talented voice over actors,) relay their relationship in the tone of voice they use with one another. Clark with his clear instructions and Kara with her sheepish, if not mischievious, responses. It was all very believably written and well-acted. Kudos to the writers and the voice actors.

Maybe something that only I noticed: Kara tells Jimmy that her name is "Karen." Karen is the name of Power Girl; in the pre-Crisis universe, Power Girl was more or less the Supergirl of Earth 2. I don't know if it was intended to be a tip of the hat to Power Girl, or if I might have just misheard Jimmy when he pronounced "Kara," but I was still entertained by it.

In fact, I was pretty entertained by Jimmy in his episode in general. It was good to see his character develope a little bit more, past the copy boy who's always taking pictures and always having bad luck and doing really stupid things. I liked seeing him have a better idea than Lois, and even be dismissed by her ("Have a game on me!" she replies to his proposed plan of visiting all the arcades.) In this series, Lois is always hit or miss; she's immensely talented and invaluable to the plot and the structure of the show, or she's an idiotic damsel in distress. This episode showed Lois could be downright unlikeable to her colleagues when she's too sure of herself and her self-perceived infallability in the field of journalism. It was just nice to see Lois proven wrong by a copy boy photographer. Even Lois needs a few blows to her ego, no matter how vital she is to the Superman mythos.

In the comics, Intergang started off as a real gang, a real shady organization, and a real fun group to deal with. Even in the animated series, this is how Intergang was founded and was operated.

But now we have these useless kids in league with Granny Goodness, with Apokolips pulling all the strings? Bleh. Who needs that? Hardly as entertaining as when Mannheim was in charge, even though I understand why he wasn't.

I thought that it was almost too convenient that Jimmy and Kara were so close in age; I have to wonder if Jimmy would have gotten this spotlight episode if Supergirl had not appeared. After all, he played something of the role of sidekick for the better part of their time together. If Supergirl had been as old as she was when she died in the pre-Crisis universe, or even as old as she is in comics now, would Jimmy still have gotten this precious little time to showcase the fact that his personality is actually three-dimensional? I just wish they had given the spotlight to one teenaged character at a time so I could be more sure of their certainty in one of, or both of, the characters and their ability to exist separately. (S:TAS would later prove me wrong and show that they did have a little more faith in Supergirl, but not too much more faith in Jimmy Olsen.)

Finally, being a Supergirl purist and fan of Gary Frank, I wish Supergirl hadn't been quite so young and under-dressed. I missed her old blue suit with red skirt very much... she could have maintained quite a bit more dignity if she wasn't wearing such a short shirt and skirt, not to mention how much more dignified she could have LOOKED. Gary Frank, (although the book was not the greatest under Peter David,) drew an absolutely beautiful, almost regal-looking Supergirl that I wish had been adapted for the cartoon.

To my recollection, there were only two mildly enjoyable scenes in the travesty that was LITTLE GIRL LOST II.

The first fun sequence was when Lois and Clark were listening to the scientist's lecture about the asteroid, and when there is an explosion and Lois looks around for Clark, he is already long gone. The creators made Superman a little more mysterious, a little more elusive in this series, and that was a particularly satisfying decision. There was no "Lois, I have to go, I have a stomach ache!" or "Oh, I just remembered I need to get to the dentist!" from Clark, (as charming as those lame excuses were back in the Golden and Silver Ages of comics, they were still corny and would be even more corny now,) he just vanishes. And nobody can challenge my personal enjoyment of that aspect because whenever Batman just vanishes, fans are always "Oooing" and "Ahhhhing." So if I want to say that Clark just leaving without a word or sound, it's perfectly fine to do so. Trivial, perhaps, in the larger working of the episode, but I do feel I should say some good about the episode. I'm grasping at straws here.

There was also the scene were Granny Goodness had lead Superman in front of Darkseid and demanded that he kneel. I loved the silent rebellion. It was one of the better examples in the series in which he was (rightfully) rude and disobedient, and I love when a hero (especially one who has always been so easy-going and so passive,) gets like that.

There was also a third shot that I liked, but even more trivial than the rest of my compliments for this episode. It was after Supergirl had just destroyed the asteroid and we were lead to believe that she was dead, but then everyone gathered at the window of the Daily Planet and looked up at Kara on top of the other building. I just love the high ceilings and enormous windows that the creators gave the offices at the Planet. It gives the newspaper a very sharp, modern atmosphere.

Sadly, that's the little good I can say about the episode.

The Female Furies most definitely did NOT work well. The battle was much made much too long... the first episode established a very intelligent mood, and then the second episode is spent with drawn out battles. This is not to mention that the Furies are the least interesting of all New God characters to begin with. There just could have been some better things going on. (Time was very poorly spent in this episode.)

And the Furies kept making really awful puns. Stompa made at least two puns about kicking things. "That's it girly... now I'm gonna half to put my foot down!" and "Ain't that a kick?!" Lashina wasn't much better. About her electric whips, she had this to say: "Can I cook or can I cook?"

The appearance of Darkseid and his Apokoliptic companions seemed completely unrelated to the overall, underlying Darkseid plot that went throughout the entire series. It seems like the writers just put him in to try to add a larger scale to the episode than it could have achieved without him. In the few Darkseid appearances that this series offered, they were all very well crafted and his appearance was integral to the ongoing Darkseid subplot that underscored the entirety of the series. His appearances were almost always hugely important and epic; the outcomes were never predictable (who would have thought that he really would have KILLED Dan Turpin?! Not ME!)

However, Darkseid was NOT a fit for this episode. It feels like the writers just placed the bulk of this episode on Apokolips to give this episode and importance�an urgency�that it would not have otherwise achieved. The appearance of Darkseid and his cronnies were altogether inconsequential to the series; the antagonists could have been switched around without much difficulty so that Supergirl and Superman were up against Brainiac or Jax-Ur and Mala, or even Toyman. Darkseid was NOT necessary for this episode

My final qualm with this episode was the subtitle "Saves Metropolis to Boot" on Jimmy's article. Would the Planet really publish that childish clich�? Isn't The Daily Planet on the same level as our universe's The New York Times?

I can't list any quotes from this episode as the dialogue was so plain and so forgettable that it wasn't worth writing for either applauding or ripping apart as I did with some of the dialogue from HEAVY METAL.