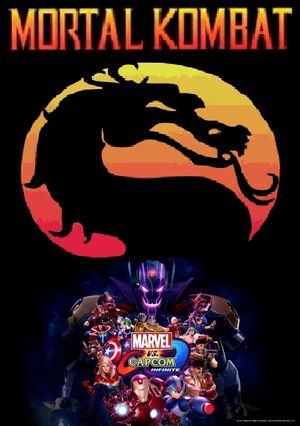 On a peace-guarding commander center known as the Earth Ship belonging to Sky Force, an international defense agency, scientists developed 'Birdonic Waves.' This waves were advanced technology that gave the subject superhuman abilities. Experiments for the J-Project were successful. Aya 'Chokan' Odagiri, the director of the project, chose five elite Skyforce officials from Earth to use this technology. Ryuu Tendou, one of the Skyforce officers, was recruited along with four others for the J-Project and was successfully exposed to the birdonic waves, making him the first Jetman. His fiancee Rie was chosen as well and was on the ship. However, the Earth Ship was suddenly attacked by the menacing force from another dimension Vyram. The Vyram conquered many worlds in the Back Dimension and they moved on to our dimension to conquer it. Rie fell threw a hole in the ship into space. The Vyram successfully destroyed the ship, and the remaining Birdonic waves, that were to go to the four other officials, were scattered on Earth and four civilians Ako, Kaori, Raita, and Gai received them. Odagiri and Tendou managed to escape the shp and began searching Japan for the four remaining Jetman waves in order to stop Vyram's mutiny. The one most reluctant was Gai and Ako thought of it as a wage-earning job. When Ryu discovered that his beloved Rie had become the Vyram officer Maria, it caused Gai's inner sense of justice to awaken and the conflict boiled between the two. A love triangle formed between Kaori, Gai and Ryuu, Kaori and Gai dated for a short term.

Near the end of the series, Radiguet, who was responsible for making Rie into Maria, implanted a parasite in Maria when she wanted to increase her power. It turned her into a vampiric creature. Grey, who was in love with Maria, went to the Jetman for help. Ryu got close enough to hold her tight and told her he would always love her. The parasite left her body because Rie inside loved him and Ryuu destroyed the parasite. She chose to go back to Radiguet when he appeared and she stabbed him in the back with Ryuu's sword. Radiguet spun around and slew her. Maria refused Ryuu because she felt she was a killer and couldn't go back to how things were. Grey appeared and transported her to the ocean where she died in his arms. Ryu went a bit mad after those events, and he took on Radiguet on his own. Radiguet wasn't too sane at this point himself, and when Radiguet was about to destroy Ryu, when Raita, Ako and Kaori arrived. Kaori took a shot meant for Ryu, forcing him off the field of battle to both tend her and receive a lecture on his responsibility to humanity and Earth weighing more than personal revenge. Rie's ghost came to make the point as well. Ryu, strung out and vulnerable to both women, did indeed pull himself together, and with his teammates and their mentor, together they destroyed Radiguet by aiming at the weak spot Maria inflicted, ending the Vyram threat. Three years later, Gai was buying flowers for Ryu and Kaori's wedding, he stopped a mugger and was stabbed apparently to death. Believing he was going to die, this time he did not hide from his friends, but made it to their wedding too late for the ceremony. He met Ryuu and wished him well, gave Kaori his blessings from a distance, as he was too weak to get up and smoked a bit of cigarette before dying.