The Mask of Zorro

The Mask of Zorro
Edit This Page 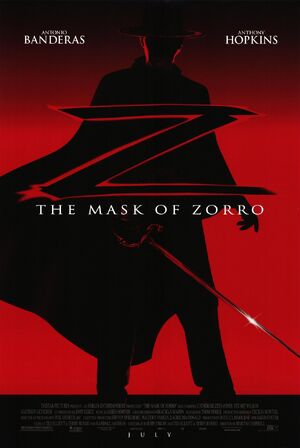 Tenth anniversary Super Sentai series. Academia was a school for scientists located on Academia Island. One day, Academia's three best students, Tsukikage, Senda, and Omura, were captured by Bias. In the process, Academia students Yano Takuji and Aikawa Mari were killed by Tsukikage. Two years later, during the destruction of Academia by volt, the surviving students--Yuusuke, Jou, and Megumi--discovered that the three captives had lived--as Kempu, Mazenda, and Obler! As Liveman, Yuusuke, Jou, and Megumi must now fight against their former friends. Later in the series, they are joined by Tetsuya and Jun'ichi, younger brothers of the late Takuji and Mari. They transformed by saying, " Liveman!" The last of the great eighties sentai series? Definitely worthy of being the tenth anniversary entry