Pirates of the Caribbean The Curse of the Black Pearl 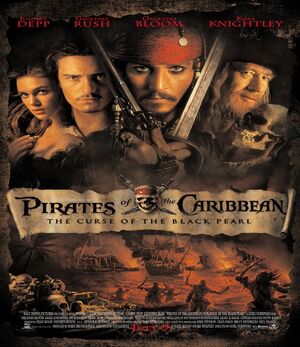 A student, a clothing designer, and a woman on her wedding day all become the victim of a new villain in Gotham, who manipulates them into giving them all their valuable possessions - artifacts, expensive dresses, and jewels. This villain is known simply as "Spellbinder".

While Spellbinder originated in the comics like the Royal Flush Gang did, he draws a lot of attributes from both the Scarecrow and, even moreso, the Mad Hatter, who use various forms of mind-control on their victims. To get the riches he wants, Spellbinder uses a large hypnotic orb on his victims which puts them in a transe - a dream-like state, which he controls - like the Mad Hatter. Soon, however, these transes turn into nightmares (a la the Scarecrow) in such a way that the victim would give up their valuables - dropping them, throwing them away, or even giving them to Spellbinder himself.

So let's see: a cool gimmick-villain, even if it's not completely original, but, unfortunately, is only after money. "I wish I could say there was a loftier purpose than just the money" (ahhh...a misquote from "Speed", I'm sure), but that's just it. But why is this guy doing it? Spellbinder turns out to be a psychologist at Terry's high school, who is fed up with his patients not respecting him enough by paying him more - so he steals from them to break even. All three of the victims had a connection to him...and things only grow worse when Bruce learns that Terry went to see him once, which puts all of Bruce's valuables in danger.

Cool things to look for? Spellbinder's costume is kinda cool...a red-and-black stripe pattern. In one scene Terry's Bat-suit gets torn to shreds, and the resulting visual is quite impressive. A hint to Dick Grayson's whereabouts is made - or, more precisely, where he stands with Bruce right now - and from Bruce's reaction, not very good at all. It's also hinted at the end of the episode that Barbara Gordon now knows that Terry is the new Batman...hmmm...she's either much smarter than her father or Terry is not as good at keeping a secret as Bruce is.

Butch Lukic's episodes are always visually impressive, and this one is no exception. Even if I didn't see his name in the credits, I would've known right away it was his work: the hazy animation by the waterside at the beginning is very reminiscent of his work on BTAS episodes like "You Scratch My Back".

Problems? Final fight is rather quick. What else? Well, if anything, this episode proves that if it weren't for Bruce, Terry would have been dead by now. Once Terry is put under Spellbinder's spell, he's virtually useless; only his video-link with Bruce allowed him to remain alive. And does he thank him? Yeesh, what an ungrateful child...erm...teen...whatever.