the pink panther
Edit This Page 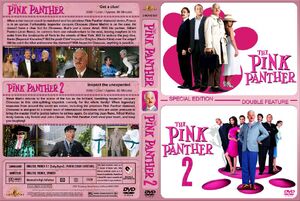 In the time of the dinosaurs on Earth, there was a space race in between the Keeper of the powerful Energems and the bountyhunter Sledge. Keeper crashed down on Earth and Fury, Sledge's henchman, was sent after him. Keeper tricked Fury and sent a bomb, blowing Sledge away from Earth but releasing his asteroid collection, causing the worldwide extinction of the dinosaurs. Before the massive event, Keeper entrusted the Energems in ten dinosaurs. Through the years, caveman Koda found the Blue Energem and was bonded to it. With bonding, he never aged and was frozen until he was uncovered in modern time.

That is when Sledge has returned, seeking revenge with his collected bounties helping him get the energems. Tyler Navarro, in search of his lost father, found the red Energem evading the alien IceAge and became the Red Ranger along with waitress Shelby who became the Pink Ranger. Shelby works for Amber Beach Dinosaur Museum which doubles as Kendall Morgan's lab where she develops the technology for the Dino Charge Power Rangers. Along with misunderstood farmboy Riley, the ladies' man from New Zealand Chase, and Koda, Tyler and Shelby fight against Sledge's forces. They must uncover the remaining Energems and protect the Earth.